The first new color of our Tibetan Zodiac is Tangerine associated with the powerful Tiger.
Get Your Skeins

Tibetan artist Rabkar Wangchuk has created a new beautiful artwork for each animal.

Each month with the purchase of 2+ skeins, we will gift you the tote bag of the zodiac sign. After the month associated with a sign is over, you will be able to purchase the tote bag separately. 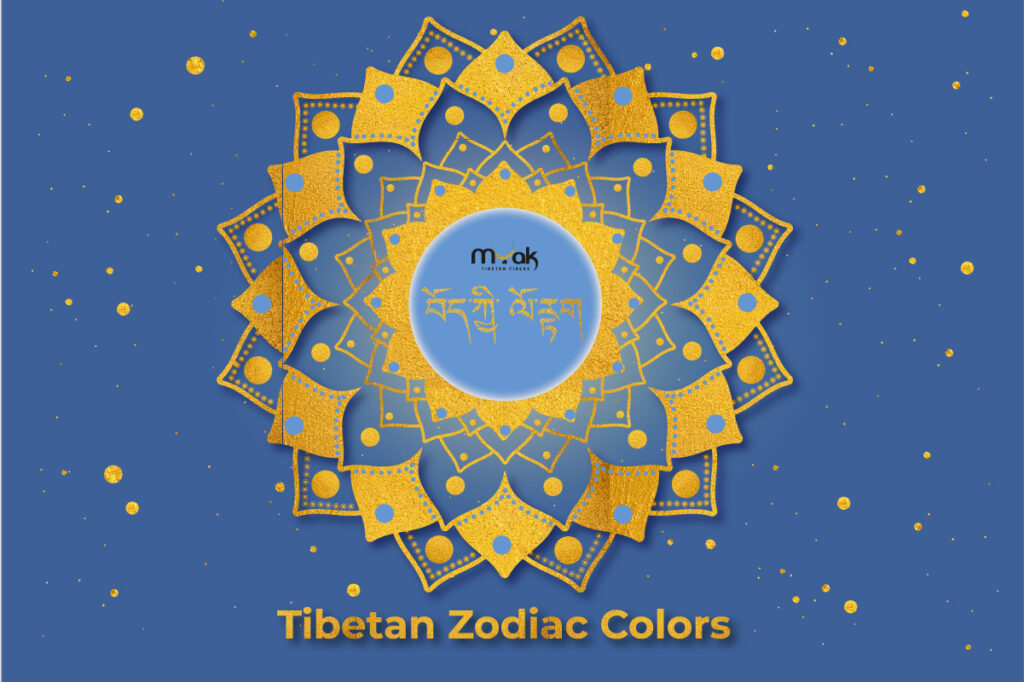 A new take on the Tibetan zodiac, an ancient traditional science that combines influences from India, China, Persia and Greece with Buddhist philosophy into a uniquely Tibetan system.

The twelve animals are used to designate years, months, days, and hours. Each animal is associated with an element, which represents its life force.

The inherent polarity of an animal corresponds to its symbolism and also bears upon the composition of its psychological character.

The Rat for example is a nocturnal animal and a symbol of prosperity, it is therefore female, as is the Rabbit, which is associated with the Moon. The Dragon, by contrast, the symbol of thunder, is male.

The animal associated with a year gives it its specific character and influences the life and the personality of those born under its aegis. Each year of the cycle is designated by one of the symbolic animals.

Each animal is associated with one of five elements (kham nga): Wood, Fire, Earth , Metal, Water which are also very important as they are the natural forces of transformation, in constant interaction with each other.

Each animal is associated with one of five elements (kham nga): Wood, Fire, Earth , Metal, Water which are also very important as they are the natural forces of transformation, in constant interaction with each other.

You can get one or few skeins each month, gift them to your friends for the sign associated with their year of birth or simply collect them all and end up with a new stunning palette. Throughout the year we will suggest designs inspired by these colors and show you how well they pair with the existing colors.

But now the important question is: what is your Tibetan zodiac sign?